The AAATA has secured about $4.2 million in federal and state dollars for the transit center project, including the $1 million U.S. Department of Transportation’s State of Good Repair Grant. Spence Brothers were the awarded CM/c for this project, which includes the demolition of the existing single-story Blake Transit Center to make room for the new two-story, 6,000sf structure which, is slated to pursue LEED Gold Certification.

Aside from expanded bus capacity, the new transit center’s features include a modernized ticket office, a spacious lobby area, training and meeting rooms, as well as a break area for bus drivers. An additional feature being discussed involves a 10-foot “green” walkway between Fourth and Fifth avenues.

Green Features
Achieving LEED Gold Certification, the facility was built to include a stormwater collection for gray water use. The AATA  also invested in an energy-efficient heating, ventilation, and air conditioning system, as well as energy efficient lighting with advanced lighting controls and LED fixtures. The sidewalks and driveway are heated for snow and ice removal in the winter. 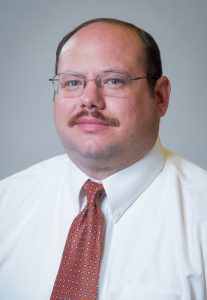 Working within the confines of this very tight space right in the middle of Downtown Ann Arbor was one of the biggest challenges on the Blake Transit Center project. We had very little wiggle room in our coordination of on-site subcontractor activities and no extra space to stage materials. Additionally, much of the existing bus terminal remained open and operable for passengers throughout most of the construction of the new terminal. Precise scheduling and excellent communication was key to the overall success on the project.

I’d be happy to provide you with more information on this project or schedule a personal tour for you of this great facility.”