The Genesee County Water Treatment Plant treats up to 30 million gallons of water per day. Spence Brothers served as general contractor for activities covering a 75 acre site, while also self-performing the foundations and flat work associated with the project totaling over 17,800 cubic yards of concrete.

The plant includes a 4-acre storm water detention basin, a 15-acre raw water impoundment basin, and finished water reservoir. All associated site utilities and landscaping to shield the plant from the surrounding agricultural land use in this rural area have been included in the contract. The central plant area consists of a 94,146 square foot central administration building, a connected treatment building, pumping room, separated chlorine and pump station buildings, and a finished water reservoir. All of the buildings are supported on driven steel-H piles.

In addition to being the largest of any project built by Spence Brothers, it was also the first project that utilized Procore project management software as a company. While other companies might see piloting a new software on its largest project in its history an odd approach, the team recognized the project management efficiencies that could be gained and realized. 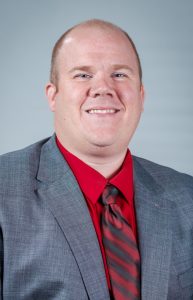 The team’s commitment to meeting and exceeding the Owner’s schedule needs began the day the plans were issued for bid. Management and key subcontractors understood the schedule challenges, including significant liquidated damages within the contract for completing the project beyond the prescribed schedule. Accordingly, all members of the project team needed to buy into an aggressive work plan on Day One.”